Hello everyone, I thought I had better get a blog up before we head off on a bit of a trip next week.  We have booked to stay at a very nice resort up on the Gold Coast next weekend and Jeremy and I plan to set off by car on Tuesday with 3 night stops planned en route.  Oli, Angie and Jack will fly up to the Gold Coast on Friday and have 2 nights there with us, flying home on Sunday evening.  Jeremy and I will then drive back with just one night stop en route home.  It will show us a bit of New South Wales we have not yet covered.  Hopefully the cyclone season is coming to an end and we will have some good weather.

Meanwhile Sydney life has continued to be good.  We have had some mixed weather with quite a bit of rain over the last couple of weeks but things seem to have settled down again with nice sunny weather and a couple of trips to the beach so far this week.  Jeremy has continued to be a bit off colour, picking up for a couple of days and then feeling unwell again with a variety of vague symptoms which he does not feel he can pin down well enough to talk to a Dr about.  We think he must just be taking some time to get over a viral infection which no doubt just takes time. Hopefully, he will be fine for next week and a change of scene and air will be just what he needs.

We enjoyed the Lion King a couple of weeks ago, a bit of a weak tale but quite a spectacle to watch and in a lovely old very ornately decorated theatre which somehow added to the spectacle.  We had planned to take the ferry to Darling Harbour and dine there first but it proved to be a wet and thundery night, so ended up eating locally and taking the train which gave us a covered route to the theatre.
Apart from that and a very nice meal out with Oli and Angie a could of weeks ago, we have not eaten out much as I am trying to keep control of the flab!  Instead we have been downloading some British TV to while away the evenings.  Are currently enjoying, Mr Selfridge, Line of Duty, and Silk.  All recommendations welcome!  Local TV is, as ever, dire.  Mostly because there are more adverts than TV.  If you subscribe to Foxtel, you can get good stuff without adverts but it would work out really expensive for us for the time we are here and not worth it, as we probably only watch about an hour a day anyway.  What we are finding good is streaming radio through our iPads.  It means we can now have radio 4’s Today with our early evening drinks as opposed to with our morning cuppa as we do in UK.  What with that and downloading the Daily Telegaph which has usually come through by 1.00pm local time, it is not difficult to keep up with UK news.  Technology is certainly a wonderful thing! Curly Boy!
It has been wonderful to be so close at hand to see Jack blossoming into a little boy before our eyes.  His vocabulary grows by the day and he is now beginning to put sentences together.  You have to be tuned in to his language but he can communicate pretty well.  As all children this age, he too is very attracted to technology and iPad time has definitely had to be limited.  Consequently, daddies iPad now rarely comes home from”work”.  Jack informs just about everyone he meets in a very solemn voice, “Daddies iPad work”.   We are all quite sad that “aerogoggles” are now “aeropeens” but we do have a little Geordie/ozzy cross in our midst as boats are “borts”!  Jeremy is Papa and I am Gaga.  No comment!
Well a bit of a lame one today but hopefully will have more news for you when we are back from our next set of travels. 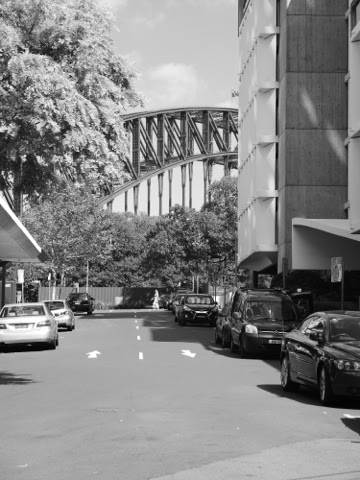