Hello again!  Eva is now 3weeks old and settling in nicely.  Thankfully she continues to be a very relaxed little lady although tends to have her wakeful time at the end of the day as so many babies seem to.  She has been weighed today and is currently gaining weight at twice the average speed so hopefully will have made up for her low birth weight very soon.  Meanwhile she is so light and cuddly, a joy to hold and is just about filling up the premature clothes that started Jack off in life, all be it that they are mostly blue!  Never mind lots of pretty pink gifts have been flowing in so she will soon be unfashionably conforming to the programming that we are not meant to enforce on our children.  (Surely wearing pink does not mean that she can’t be an engineer if she wants to at some time in the future?)
Jack seems to be helping by “taking care” of most of the teddies and cuddly toys she has been given but as he is quite clear which ones are his and which ones are hers, they will no doubt be graciously passed across when she has a cot and or bedroom of her own. (Currently in Moses basket in O and A’s room).
With Paul and us around to help out where necessary, Oli has taken his weeks paternity leave in the form of 2 days of (Mon and Tues) over three weeks.  Jack is now in preschool (Nursery) on Thurs and Fri so that has left just Wednesday when Angie has them both to juggle.  Her Dad leaves next Thurs and we have booked a couple of nights in central NSW in a place called Mudgee.  We haven’t been there before but it is quite a wine growing area and we tasted a few wines from there a couple of weeks ago when there was a weekend food and wine festival in Hyde Park in the city centre.  We also picked up some brochures on the Mudgee area which seems to have some nice walking trails as well so thought a couple of nights away from the city would be nice.
We had a nice day yesterday also getting out of the city, taking Paul with us and heading off over the blue mountains to Jenolan caves.  We went several years ago soon after O and A first moved out here and loved it so decided it was time for another trip.  Apparently, they are paired with the caves at Cheddar Gorge.  Not sure what that actually means but our guide was keen to tell us that if you go to Cheddar Gorge (NB Ali and Theo) there is a plaque to tell you so.  Anyway, they are magnificent and cover a vast area.  There are several escorted tours through different caves to choose from and entry to one of these also gives you access to do a self guided tour of the biggest, highest chambers. 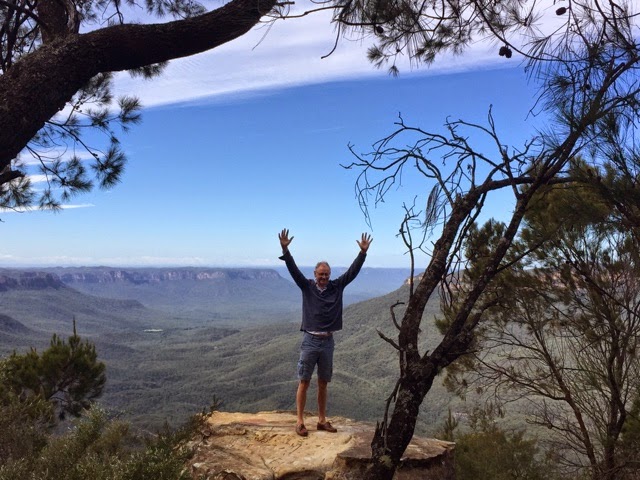 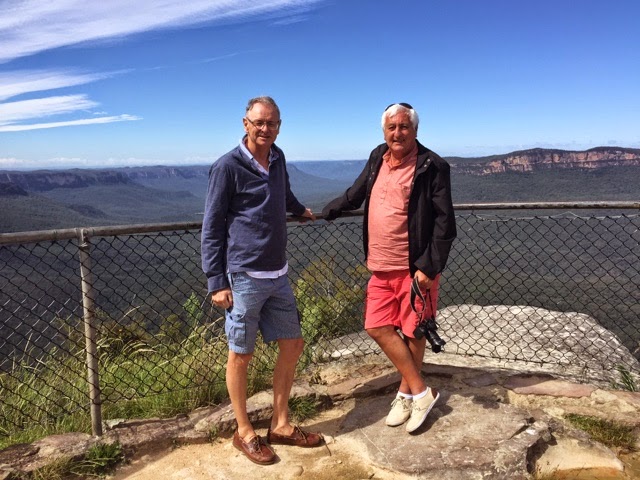 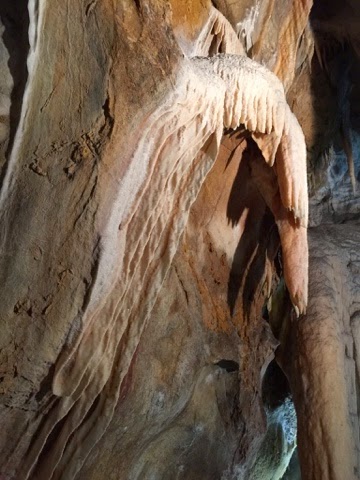 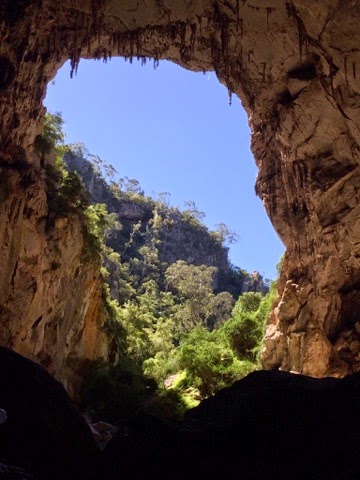 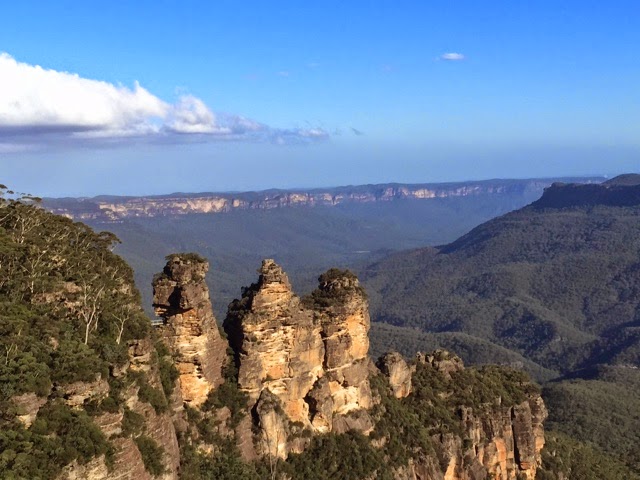 The day before had not been quite such a good day as my Facebook followers will know.  We went out for a mooch around Mosman and ended up lunching at our favourite Italian cafe there.  On arriving home and parking in our garage bay, which, due to the layout of the building up a hill is actually on floor 5 (our apartment is on 6). At the back of the garage, water was absolutely cascading out of the ceiling all over a fellow tenants car. We stood for a while watching it trying to work out if it was a fractured water pipe as all the services run along the ceiling of the garage.  Not being able to discern the cause we resolved to report it to the Management body and headed upstairs.  Yes you’ve got there before me! We came into the apartment to hear the dishwasher that I had switched on just as we left, chuntering away and the apartment flooded. Not much water in front of the dishwasher on the stone floor but flowing backward into the dining area and the carpet absolutely sodden.  About half an hour of trying to ascertain exactly what the problem was resolved that for some reason something in the dishwasher had failed so it was basically pumping water straight from the mains and not switching it off.  It was as if we had been out of the apartment for 2 hours and left the tap running full blast!
We had imagined that flat 504 below us has an equivalent layout and thought if water was coming through the garage, had it at first visited 504 and notwithstanding our own repairs, what on earth would be the damage down there?  It was a great relief to find on checking our paper work that the rear of our flat (kitchen/diner) sits directly over the garage area where we had first noticed the problem, so thankfully, apart from washing our neighbours car, we don’t seem to have caused problems elsewhere.
We lifted the carpet over the offending area and draped it over chairs to let air underneath it and today although still a bit damp have dropped it back into place. I think we will need to get a fitter to reconnect it to its gripper rods as although Jeremy manages that at home sometimes over small areas, he does not have suitable tools here.  Otherwise, dishwasher is due to be dumped and we take delivery of a new one tomorrow.  We have got off reasonable lightly!
Not much other news, we have again had a very nice walk from our walk book this week, in Lane Cove National Park.  It never fails to amaze us that we can travel maybe no more than 5 to 8 miles from the city centre and take ourselves off on walking trails where we can walk for 2 or 3 hours without seeing another soul.  There cannot be many cities in the world where you can do that.
Jack tends to continue to be a great source of amusement. We had a lovely day at the beach with him last week when he was getting really brave swimming on back and front in his water wings.  Then, having had a nice time and heading home, he said, “that was fun wasn’t it Granny?”  Or the other night they were all here for dinner and Jack as usual would not let Daddy out of his sight and was playing with him, sat beside me when he must suddenly have noticed the sparkly studs on my (rather old and tatty) tee shirt as he said to Oli “Granny looks very pretty today doesn’t she daddy”?  He is also fascinated by what we call my “rainbow shoes”. Anne will know exactly the crocs I am talking about.  If I am not wearing them, I have to explain why and apparently in the car, on the way to preschool yesterday morning, having not even seen me for a couple of days, he announced a propos of nothing, “I love grannies rainbow shoes”!  What joy grandchildren bring! Films seen since last blog, “The theory of everything” brilliant, Oscars well deserved and sticking with the health theme, “Still Alice” again Oscar well deserved but came out wanting to slit my wrists!  Terrible terrible disease, but in a movie, I at least need something a little life affirming or uplifting to get me through it.
More blog after our trip to Mudgee and a week or so later up to Queensland for 4 days in Noosa.
As usual I beg for home news.  Meanwhile, love to all.
error: Content is protected !!